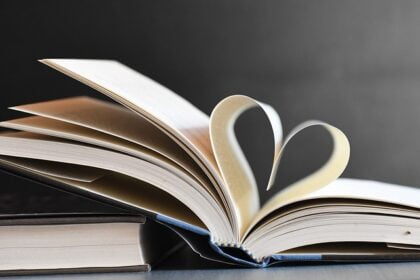 For our January 14th meeting, the Centering BIPOC Voices Book Group will discuss South to America: A Journey South of the Mason-Dixon to Understand the Soul of a Nation by Imani Perry (HarperCollins Publishers, 2022). Perry, a professor of African American Studies at Princeton University, recently won the 2022 National Book Award for Nonfiction for the book. It is the story of a Black woman and native Alabaman returning to the region she has always called home and considering it with fresh eyes.

For February, the book is Homecoming by Yaa Gyasi (2016 fiction). Two half-sisters, Effia and Esi, are born into different villages in eighteenth-century Ghana. Effia is married off to an Englishman and lives in comfort in the palatial rooms of Cape Coast Castle. Unbeknownst to Effia, her sister, Esi, is imprisoned beneath her in the castle’s dungeons, sold with thousands. One thread of Homegoing follows Effia’s descendants through centuries of warfare in Ghana, as the Fante and Asante nations wrestle with the slave trade and British colonization. The other thread follows Esi and her children into America. From the plantations of the South to the Civil War and the Great Migration, from the coal mines of Pratt City, Alabama, to the jazz clubs and dope houses of twentieth-century Harlem, right up through the present day, Homegoing makes history visceral, and captures, with singular and stunning immediacy, how the memory of captivity came to be inscribed in the soul of a nation.

The group meets via Zoom at 3:30 PM on the second Saturday of the month and welcomes new group members, as well as one-time and occasional attendees. All books selected are available in paper, e-book, and audible versions to enhance accessibility. For more information about the group or to join one of the monthly discussions, contact: BIPOC.books@uutallahassee.org