UUCT turned out 73 people for the CAJM Nehemiah Action on April 5, despite stormy weather: 52 in person and 21 via Zoom. The people power CAJM mustered, over 600 in person and another 100 or more on Zoom and YouTube, secured a clear win on our gun violence ask and elevated public discourse on the issues of civil citations and affordable rentals for our most vulnerable families.

We secured commitments from Mayor Dailey and all four city commissioners – Matlow, Porter, Richardson, and Williams-Cox – to champion investing $1 million per year over 5 years in evidence-based programs to prevent and interrupt gun violence that are focused on the small number of young men involved.

State Attorney Jack Campbell declined to establish a new process for screening arrests issued by Tallahassee police and county sheriff’s deputies to youth who are eligible for civil citations. The following evening, the city commission requested a report from city police chief Lawrence Revell on the city’s civil citation program. At its meeting on April 20th, city commissioners identified elements of the city’s policies that have impeded issuing more civil citations and declared their desire to do everything possible to keep the city’s youth out of the penal system. They directed the police chief to return with proposed policy changes to achieve these objectives.

Commissioners Matlow and Porter agreed to champion CAJM’s three-part Very-Low Income Rental Housing Strategy: (1) establish a dedicated trust fund for rental housing for very-low and extremely-low income households, (2) seed the fund with $12 million from the city’s American Recovery Plan allocation, and (3) develop sources of dedicated recurring income of at least $5 million per year. Mayor Dailey and Commissioners Richardson and Williams-Cox declined to do so. Dailey and Williams-Cox, however, expressed a willingness to talk further. CAJM’s Affordable Housing Strategy Team will meet with the mayor and each commissioner to secure agreement on the need for a trust fund and to identify ways to fund it.

May 17 is our Justice Ministry Celebration. Please join us. 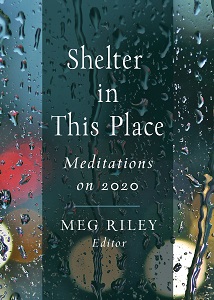