Rev. Holly Brown  (they/them/theirs), was ordained on April 3, 2021, by Piedmont Unitarian Universalist Church in Charlotte and Salisbury, NC, where they served as a ministerial intern. Rev. Holly earned their Master of Divinity from Methodist Theological School in Ohio (MTSO) with a special focus on UU courses offered by the UU House of Studies at MTSO. During seminary, they served as a student minister at North Unitarian Universalist Church in Lewis Center, Ohio and student chaplain during one unit of Clinical Pastoral Education at Nationwide Children’s Hospital. Rev. Holly also served as an Interim Director of Religious Education at the UU Congregation of Greenville, NC before perusing ministry. Angel de Armendi, (all pronouns accepted) Music Director, received his Bachelor of Music degree from New World School of the Arts and continued his study of piano performance at Florida International University. He made his way to Tallahassee through the Music Theory graduate program at FSU. While in school he diversified his piano skills accompanying FSU and Tallahassee City Ballet dance classes. His interest in vocal coaching took him to the Asolo Song Festival in Italy during two summers, as Assistant Director/Pianist and Composer In Residence. In Tallahassee, he also directs the High Holy Days Choir at Temple Israel, and has been their regular pianist since 2008. His love for sacred music and practice has motivated him to go through and graduate in 2015 from the Music Leadership Credentialing Program, offered by the Unitarian Universalist Musicians’ Network. During their 2015 conference in Boston he was unanimously elected as Board Member at Large for the Board of Trustees, a three-year voluntary commitment. He is deeply committed to building a thriving music program at the Unitarian Universalist Church of Tallahassee. 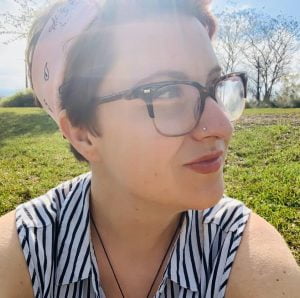 Helen Cassara (they/them/theirs), Director of Religious Exploration, comes to us from Knoxville, Tennessee, where they worked with children of all ages and abilities in clinical and recreational settings. They studied social work at East Tennessee State University and are currently a Master of Divinity student at Starr King School for the Ministry. They are particularly interested in community ministry and the places where social work and ministry intersect. At UUCT, they manage the children and youth programs, focusing on faith formation through fellowship and fun and encouraging young people to engage with social justice as a way to live their UU values.

Outside of work and school, Helen loves to spend time with their spouse and young child. They are a gifted writer and their portfolio includes several pieces that have been featured by the UUA, which can be found here at UUA.org. 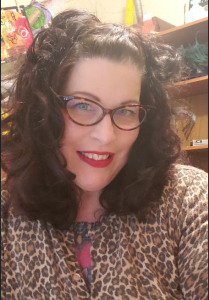 Our Office Administrator, Adriane Pitt, (she/her/hers) is from Northwest PA but sick of driving in snow, came to Tallahassee over 15 years ago. She brings over twenty years of office management, human resources, and community outreach experience. Once given the nickname “Queen of Extreme Multi-tasking” she loves what she does and is excited to be a part of UUCT.

In her free time, Adriane enjoys cooking, crafting, and the daily unexpected adventures that being mom to her son Hank brings. 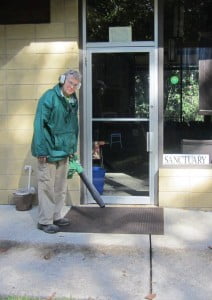 Our Sexton, Les Campbell, (he/him/his) is a multi-talented handyman who loves the outdoors.  His family has been in the Big Bend for generations and he is a wonderful unofficial local tour guide.  He volunteers much of his free time with organizations that focus on cleaning up the environment.